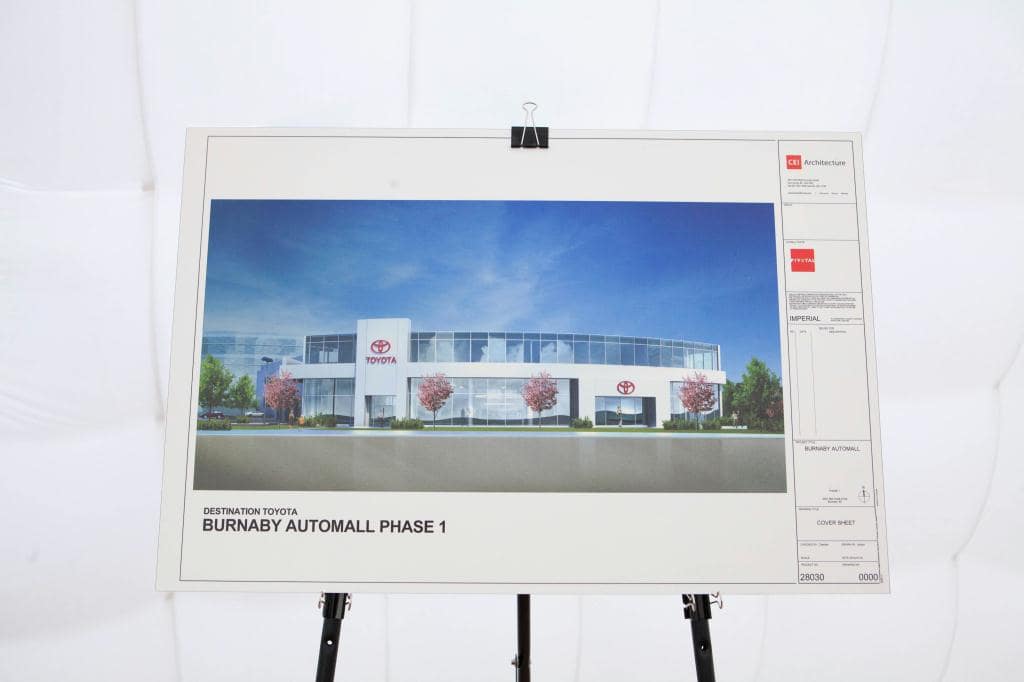 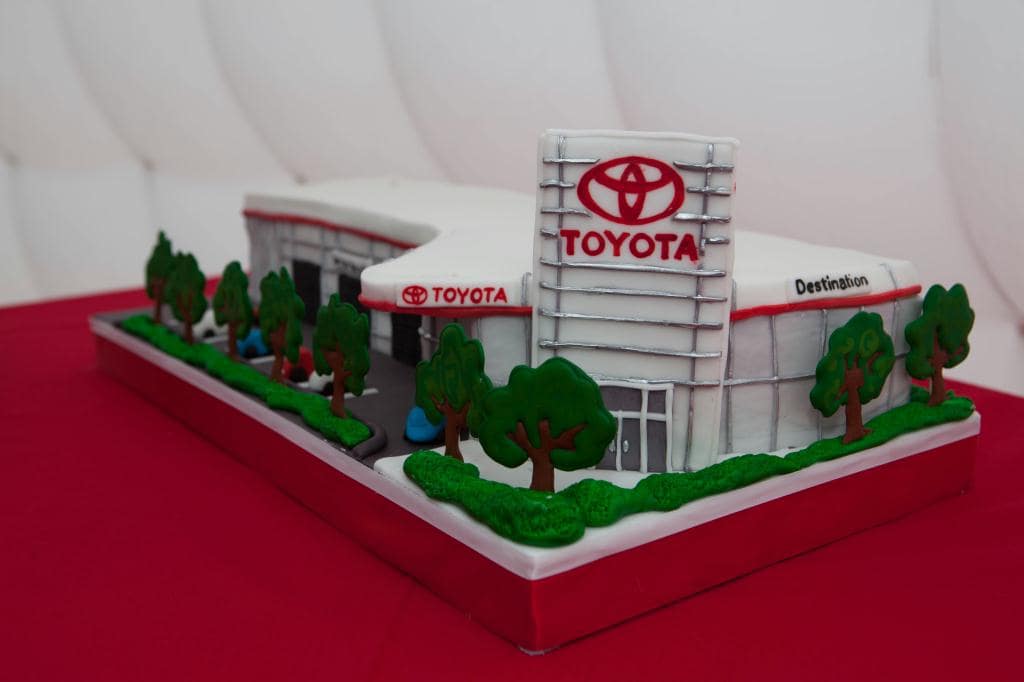 A 3D cake of the future Destination Toyota Burnaby.

Destination Auto Group commemorated construction of the future home of Destination Toyota in Burnaby with a First Concrete Ceremony on October 2nd, 2014. The milestone was celebrated with a number of dignitaries, including the Mayor of Burnaby, His Worship Derek Corrigan, Members of the Legislative Assembly of British Columbia Richard Lee and Kathy Corrigan, Toyota Canada Inc. (TCI) President and CEO Seiji Ichii, and Vice President of Sales, Larry Hutchinson.

"As we pour the first concrete today for our brand new store, we envision that the Destination Toyota Burnaby of tomorrow will be well equipped to help us exceed guest expectations, and create a meaningful and positive impact in the Burnaby community," said Aziz Ahamed, President of Destination Auto Group. 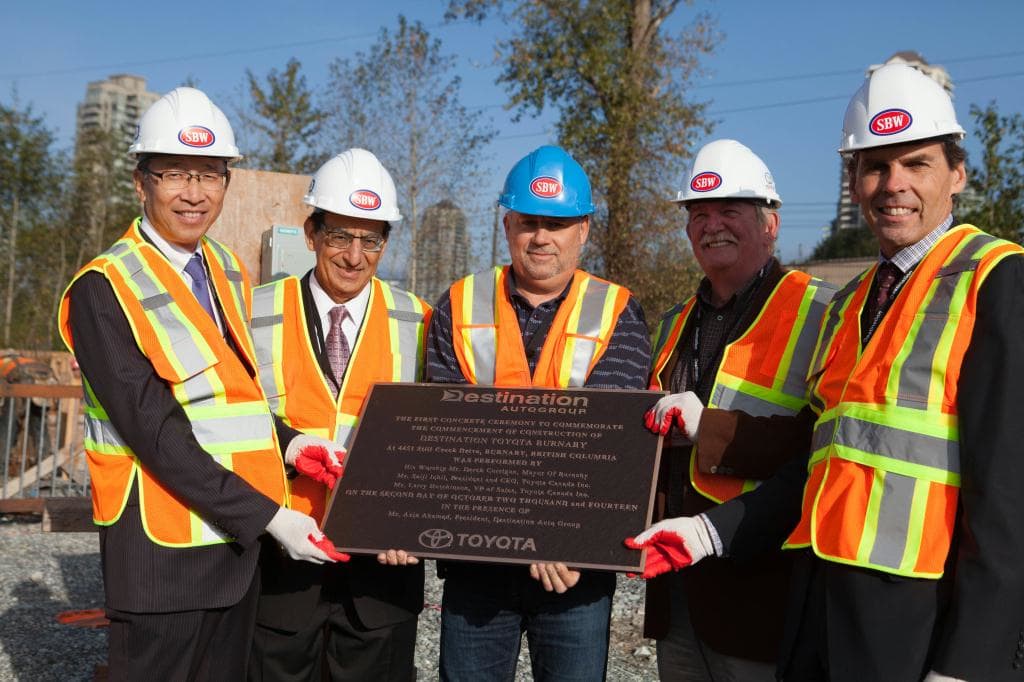 Opening fall of 2015, the new home of Destination Toyota Burnaby will be a three-level, 90,000 square foot facility located at 4451 Still Creek Drive. Its proximity to Brentwood SkyTrain Station and the redevelopment of Brentwood Town Centre will maximize the dealership's convenient location, and better serve the growing population of Burnaby and the Lower Mainland.

"For 22 years, great service has been at the heart of success at Destination Toyota, and with plans to open a facility that will allow the dealership to better serve the Burnaby community; the best is yet to come." added Seiji Ichii, President and CEO, Toyota Canada Inc (TCI).

This vision is echoed by Mayor of Burnaby, His Worship Mayor Derek Corrigan, who noted that the new dealership is a great addition to the community and a place where people can shop for the finest and the most reputable Toyota vehicles. 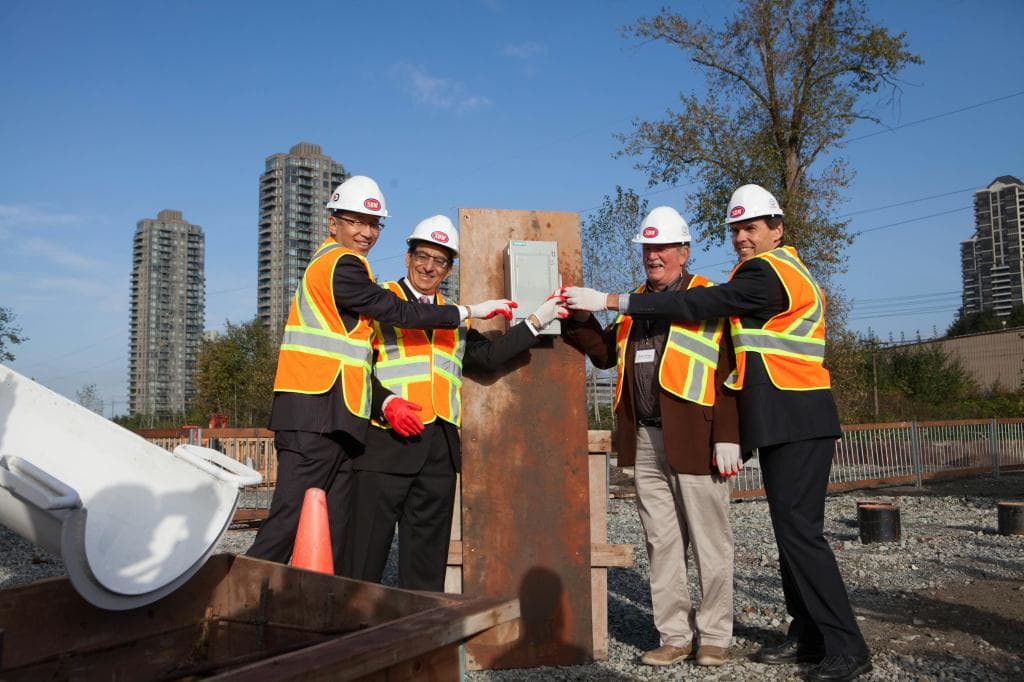 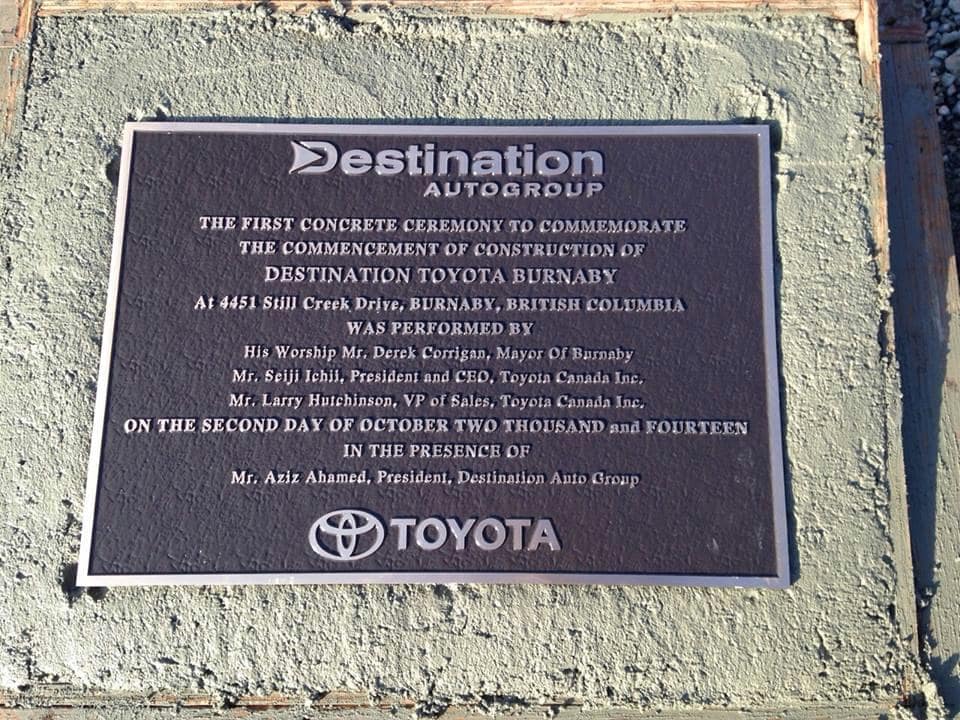